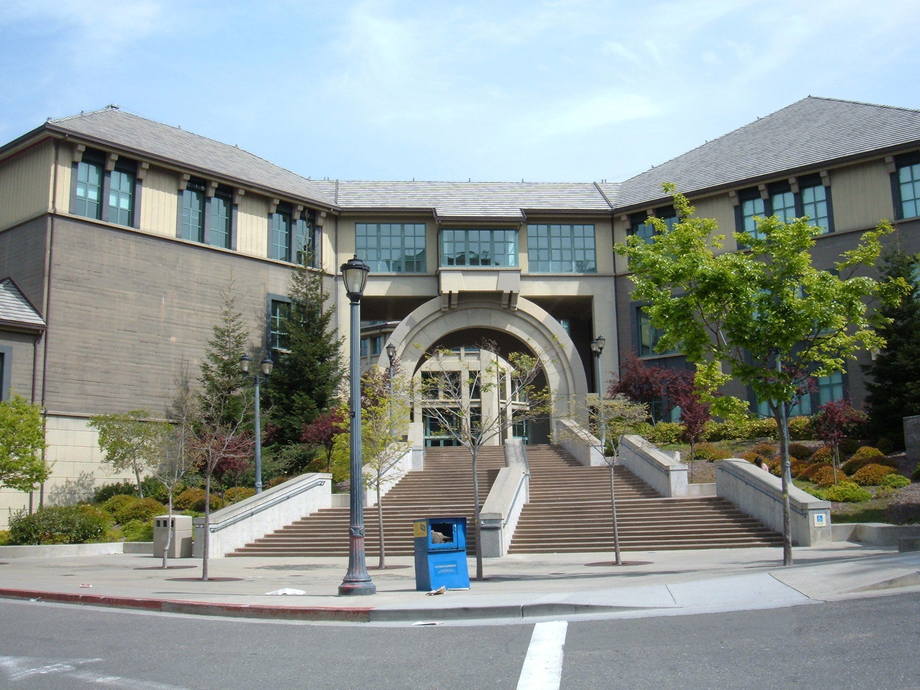 I am Hiroki Koga, a first year student at Haas. I worked at Deloitte Consulting’s S&O (Strategy and Operations) function for six years, mainly with my focus in Life Science and Healthcare industry. Although I grew up mostly in Japan, I have lived in France for three years where I went to an American school, so I had some language advantages compared to other non-returnee applicants. I am a private sponsored student (as Deloitte Japan does not have any MBA sponsorship), and live with four other housemates (who are all in the same class) in Berkeley.

I worked at Deloitte Consulting Japan for 6 years prior to Haas after graduating from Keio University with a BA in economics. I belonged to the Life Science and Healthcare Unit, where I support my clients with a wide range of strategy and operation related consulting services which include, marketing strategy, post merger integration support, M&A target screening, R&D strategy, open innovation strategy and etc. Outside of work, I spent a lot of time studying about agricultural businesses as I was anticipating a huge white space in the agri-business field in Japan for the next 20 years due to regulation changes. I worked as a free lance consultant after I quit Deloitte Consulting, mainly in the vertical farming industry, where I conducted business feasibility assessment for a Japanese company that was interested in entering the US market.

I needed some time to learn more about agricultural businesses, and I was also interested in starting my own company to chase my passion. I had been spending a lot of time outside of work on agricultural businesses, but I felt that I was not spending enough time, and as for entrepreneurship, it was almost impossible to start something while working at Deloitte given the workload as a consultant. I wanted to give myself two years of time to challenge both of these two fields while minimizing risk. In addition, I felt the need to get out of Japan and become a truly competitive business person at the global level, so that I am not just a Japanese business person who has value in Japan for being bilingual, but a person who can provide value anywhere in this world.

Preparation for MBA (procedure and duration)

I unfortunately wasted 95% of my preparation time on GMAT. Scoring 680 without preparatory studying on the first test, I had assumed that I would easily score over 700 (which was my bottom line). However, my score kept on dropping until I stopped studying when I scored 590. I stopped studying for a while, and told myself that if I didn’t score over 700 on the next test, I will give up my dream to go to the MBA. I spent over 150 hours of studying in September 2014 alone, and finally scored 710 in October. Although my Q(math) was constantly 49-50, as a returnee student who has never studied grammar in the past, I struggled with the Sentence Correction part. My GMAT journey was unexpectedly long that by the time I scored 710, my TOEFL score was expired, so I had to take it again.

I got accepted to Kellogg and Haas. They were both extremely attractive schools, but they had completely different appeals to me. Kellogg was a great school for marketing and other general management related topics, and with their incomparable alumni network, it was the school to go to if I wanted a job in consulting, banking, marketing, or any other positions in large established organizations. However, given my focus in agriculture and entrepreneurship, I decided to go to Haas since California is America’s largest agricultural producer, and it is in the heart of innovation and entrepreneurship. I made up my mind when I went to Days at Haas right after I got accepted, and felt the proximity to investors and other entrepreneurs in the bay-area.

About life and class in Haas

Haas is one of the smallest schools among the top 10 business schools, with its class sizing at approximately 250 every year. Although we do not party as hard as some of the other business schools, we do get to know each other very well due to the small class size. On the other hand, I have to admit that the disadvantage to being a small school is that there may be less people who share the same passion or interest with you, especially if you have a very niche focus.

One other thing I would like to mention is that Haas is one of the few top business schools locate right next to America’s largest cities. Since there is so many opportunities in terms of internships and field projects, most of the people I know are spending more of their time off-campus than on-campus, pursuing their career goals even before summer internships. I am personally working at a series A startup as a marketing advisor, working on two start-up projects (one social app project at Haas with two classmates and one vertical farming project in LA with two UCLA MBA students), and a doing an internship at a VC that focuses in agriculture and technology industry on top of all of my academics.

Merits and demerits of MBA

To be honest, I truly believe that there is almost no demerit of MBA, especially for Japanese people or other international students who have not been hired abroad by a foreign company. I feel that not being able to use English effectively in business is almost a handicap in the global business environment since most of the businesses nowadays cannot be run without competition or alliance with foreign organizations. I guarantee that MBA, especially at Haas will open a whole new set of doors to your career, most of which you have never thought of in the past. If you have the flexible and open mindset, you can seek for any kind of career switch, so in that terms, MBA for me, a person who wanted to change both the industry and the function is a joker card that allows me to head to any direction. The only thing I might consider is the tuition and other costs for private sponsored people, but in most cases salaries will increase significantly that it will pay off fairly quickly after couple years. Haas in particular has a huge scholarship budget, so that is also another thing that helped me personally.

I am only four months into MBA, and haven’t accomplished anything at this point, so it is very hard to predict how successful I am going to be after my graduation, but at this point, my short term career goal is to become a successful entrepreneur or venture capitalist. I have to admit that It is a field that many people at Haas talk about, but not many people actually succeed in. However, I am 100% committed, and I would like to challenge myself how far I can go down the path.

If you are an applicant who is still thinking about applying to an MBA, make up your mind and start your application journey as soon as possible! I was also not exactly sure what I could get out of MBA myself, and had to push myself and believe in my decisions, so I truly understand your anxiety. However, if you are the type of person who is proactive and have strong commitment to becoming a global business leader, I can assure you that you will never regret coming to an MBA!

If you are an applicant who is already committed, concentrate on your test scores first before you start thinking about anything else, and the rest of the process will flow much more smoothly. Also, although it is important to have a dream school and to keep up your motivation, don’t feel too stressed about getting into one specific school, because luck surely plays a big role in the admission process. To be honest, if you can get into one of the top schools that provides you the environment and tools to achieve your career objectives, its more about how proactive and hardworking you can be after your enrollment that decides your career path.

While it may be one of the worst years of your career life, trying to prepare for an MBA in addition to all of your regular work, I guarantee that the next two years will be the best two years of your life! If you are one of the few people who are interested in entrepreneurship I would be happy to provide opinions and advices.

You must register as an Alpha member to proceed.

Register as an Alpha member and proceed.